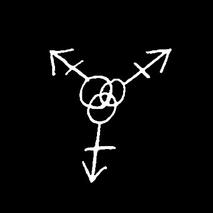 In 1972, Sylvia Rivera's "TRANSVESTITES: your half sisters and half brothers of the Revolution" was published in Come Out! – NYC's Gay Liberation Front newsletter. The original issue can be found here. Rivera's essay appears below with transcription.(cw: sa & acab)

Transvestites are homosexual men and women who dress in the clothes of the opposite sex. Male transvestites dress and live as women. Half sisters like myself are women with the minds of women trapped in male bodies. Female transvestites dress and live as men. My half brothers are men with male minds trapped in female bodies. Transvestites are the most oppressed people in the homosexual community. My half sisters and brothers are being raped and murdered by pigs, straights, and even sometimes other uptight homosexuals who consider us the scum of the gay community. They do this because they are not liberated.Transvestites are the most liberated homosexuals in the world. We have had the guts to stand up and fight on the front lines for many years before the gay movement was born. As far back as I can remember, my half sisters and brothers liberated themselves from this fucked up system that has been oppressing our gay sisters and brothers – by walking on the man's land, defining the man's law, and meeting with the man face to face in his court of law. We have liberated his bathrooms and streets in our female or male attire. For exposing the man's law we are thrown into jail on charges of criminal impersonation; that dates back as far as the Boston Tea Party when the English dressed up as Indians because the motherland had raised the taxes. We have lost our jobs, our homes, friends, family because of lack of understanding of our inner-most feelings and lack of knowledge of our valid life style. They have been brainwashed by this fucked up system that has condemned us and by doctors that call us a disease and a bunch of freaks. Our family and friends have also condemned us because of their lack of true knowledge.By being liberated my half sisters and brothers and myself are able to educate the ignorant gays and straights that transvestism is a valid life style.Remember the Stonewall Riots? That first stone was cast by a transvestite half sister June 27, 1969 and the gay liberation movement was born. Remember that transvestites and gay street people are always on the front lines and are ready to lay their lives down for the movement. Remember the transvestite half sister that was out gathering signatures for the Homosexual Civil Rights Bill petition and was arrested on 42nd Street. Remember the N.Y.U. sit-in? Transvestites and gay street people held the fort down and didn't want to gave in that Friday night after we had been removed from the sub-cellar.So sisters and brothers remember that transvestites are not the scum of the community; just think back on the events of the past two years. You should be proud that we are part of the community and you should try to gain some knowledge of your transvestite half brothers and sisters and our valid life style. Remember we started the whole movement that 27th day of June of the year 1969!Street Transvestites Action Revolutionaries meet Friday at 6:00 p.m. at Marsha Johnson's, 211 Eldridge Street, New York, N.Y., apt. 3. For information write: S.T.A.R., c/o Marsha Johnson, at the same address.Power to all the people!